How Will Mobile First Impact Your SEO Campaigns in 2018? 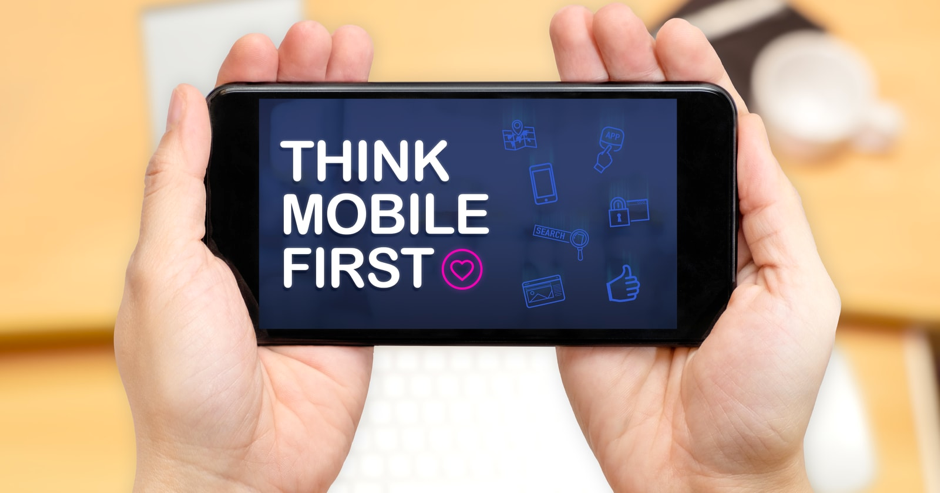 Google’s latest march to make the web a more mobile friendly, ‘Mobile First Indexing’ in other words, is striking fear and excitement amongst SEO’s in every corner of the digital marketing spectrum.

Whilst it may be common knowledge for any SEO worth their salt, the same isn’t the case for the average business owner.

In the following words, we hope to give mobile first an air of clarity by answering the following questions to get you to know more about mobile SEO:

What is Mobile First?

Do You Need to Change Anything?

What is Mobile First Indexing?

On the off chance that you’ve been living under a sizeable rock for the last few years, you’ll surely know that mobile search has overtaken desktop. According to the latest research by Smart Insights, 61% of us in the UK use mobile devices as their primary tool for surfing the net. 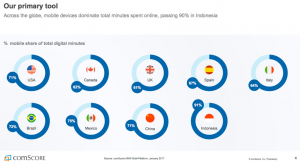 The image above demonstrates exactly why mobile first indexing came to be. It will mean that the mobile version of your site is where Google begins to add to their index and will become their benchmark for how they determine rankings.

If you were to monitor crawlbot traffic to your site, you may notice an increase in traffic from Smartphone Googlebot and the cached versions of these pages will almost certainly be mobile versions. The key piece of information to remember here is that the mobile version of a site will become the primary version, but the desktop version can still be included in the index – hence the name ‘mobile first’. 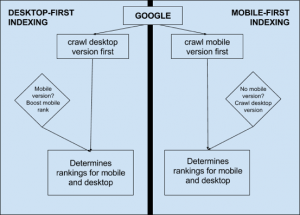 If a crawl of your website is performed and lacks mobile friendly indicators the general consensus is that it could negatively impact rankings, whereas a site that is proving a better experience to the user could well receive a bump in rankings – even for those browsing on a desktop.

If your mobile and desktop versions are on par with the other, for example, if you’ve optimized your content and your site is responsive, there should be no nasty surprises for you when the algorithm is rolled out full time.

This does, however, present a complete reversal in the way the search engine is studying your website, content and crawling prioritization.

The desktop site, up until now, was considered the ‘big daddy’ and the mobile site was considered as nothing more than an annoying uncle. Which is why Google previously endorsed the use of rel=alternate tags for those with a separate mobile site. But, because Google will be able to show that mobile URL to mobile searchers it may no longer even consider crawling and caching mobile versions of the pages.

The desktop was, and in some quarters still is, the be all and end all for SEO’s and would be a top priority when it came to optimization efforts, which included content, structured data markup, international tags and link building. All of this was completed whilst the mobile site was often dropped as a ‘light’ version of the website and left to gather dust.

What Should I Do About Mobile First?

First things first: don’t panic. As per this research completed by POD Digital, there is nothing to suggest these changes are imminent and Google is still in the testing phase and will roll nothing out until they’re satisfied that the process is bulletproof.

Google’s latest updates have suggested that if your website is completely responsive and the desktop and mobile versions are more or less identical then you may well be able to carry on as normal.

Even with a completely responsive site, you’ll need to prioritise page speed, load times and ensure that all images and dynamic elements are correctly displaying on mobile.

We’ve heard a lot in recent times that hidden or collapsible content may carry less weight than visible content, but due to potential space restrictions and user experience on mobile this may no longer be the case.

If you have a separate mobile site it’s essential to inspect the following elements:

Content – Your mobile site must contain all the rich content that is included on the desktop site and be sure to check that it is both indexable and crawlable.

Structured Data – You must include all the same structured data markup on both mobile and desktop. URLs shown with this data on mobile pages should be on the mobile version.

Meta Data – A simple one, but you’d be amazed by the number of desktop sites that aren’t operating with correct metadata. Both sites should be carrying high-quality metadata.

Hreflang – If your site operates internationally, your mobile URLs hreflang tags should be pointing toward the mobile version of your language variants and desktop should point to the desktop version.

Social Meta Data – OpenGraph tags, Twitter cards and other social data should be present on both versions of the site.

XML Sitemaps – Just as you would on a desktop you must ensure that links to sitemaps are accessible from the mobile site. This applies to robot’s instructions (robots.txt. and on-page meta-robot tags).

Does Mobile First Use a Separate Index?

With mobile first, there is only one index, which Google currently uses. The move to mobile first doesn’t mean there’s a new index which separates desktop from mobile. The only thing that changes is the content is added to the current index.

How Can I Make Sure My Site is Up to Scratch?

If you’re not sure how to find out if your site is up to scratch, then it’s time to delve into the inner workings of your site. Slipping past Google’s highly perceptive mobile signals shows that you have demonstrated a keen ability to build and optimize a high-quality site. This means that Google can trust you to offer your users the best possible experience.

Of course, as we mentioned Mobile First isn’t about to drop in the next few days, weeks or maybe even months, but that doesn’t mean that you can’t begin to get your house in order.

To achieve this, an in-depth mobile audit can present an actionable to-do list that you can begin to work through and be ready in time for the roll-out.

First of all, as we previously mentioned, add your site to the Google Search Console and verify the mobile version of your site. This step will only be relevant to you if your mobile site is functioning on a separate URL – this step can be skipped if you’re using a responsive design.

Next, you’ll need to assess every one of your pages to ascertain mobile-friendliness and you can do this by using a tool like SEMrush’s mobile-friendly data or an all in one tool like Website Auditor.

Once you have tools to perform a crawl in the way Google would do, you will be able to see exactly which areas your site is lacking the appropriate aspects to perform properly.

Google has been dipping a toe in the water by indexing a small selection of sites, which were chosen on the basis of readiness. But, as we mentioned a wider rollout will not take place until Google is 100% happy, which is not believed to be imminent.

Will Google Only Use Mobile Sites to Rank?

Mobile first means exactly that, mobile will come first and will be considered as your primary version when it comes down to how rankings are considered. However, certain circumstances, such as when no mobile version is available, will necessitate the consideration of the desktop version.

Having said that, you may well see a difference between mobile and desktop search results; both of which you should make sure you’re tracking.

What if My Site Doesn’t Have a Mobile Version?

If you don’t have a mobile site and you haven’t optimised your desktop site to be mobile friendly, your site will possibly still be indexed, but it most likely won’t rank as well in direct competition with mobile-friendly sites.

What is Expected to Happen to Sites with Large Desktop Sites but Small Mobile Sites? 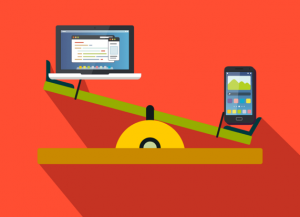 The goal for the rollout is that the index will be based heavily on assessing mobile content. If your desktop site is ranking well and is crawled often, don’t expect Google to suddenly dismiss the content in favour of the weaker mobile version.

But if you can ensure that your mobile version contains all the same valuable and highly indexable content, the chances for better rankings are higher.

Does This Affect Ranking Factors? And Should I Change My Strategies?

We don’t know too much about this yet, but it could mean that traditional links and HTML URLs won’t hold as much weight as they used to.

That depends. The main difference is purely how much work you will need to put in to prepare for the change.

If you have a fully responsive site, you should have everything you need on the mobile version, in which case your only challenge will be to ensure your mobile experience is perfectly optimised.

With a separate mobile site, you’re essentially creating a brand-new website, which of course is a great deal of work.

Overall, mobile first ushers in a new era of SEO and those that can’t catch up will ultimately be left behind. But, there is still time to make sure that your website is exactly where it needs to be to take advantage of these changes and thrive in the future.