Mobilegeddon 2: revolution or false alarm? (And in the meantime, here’s how to make your site mobile-friendly) 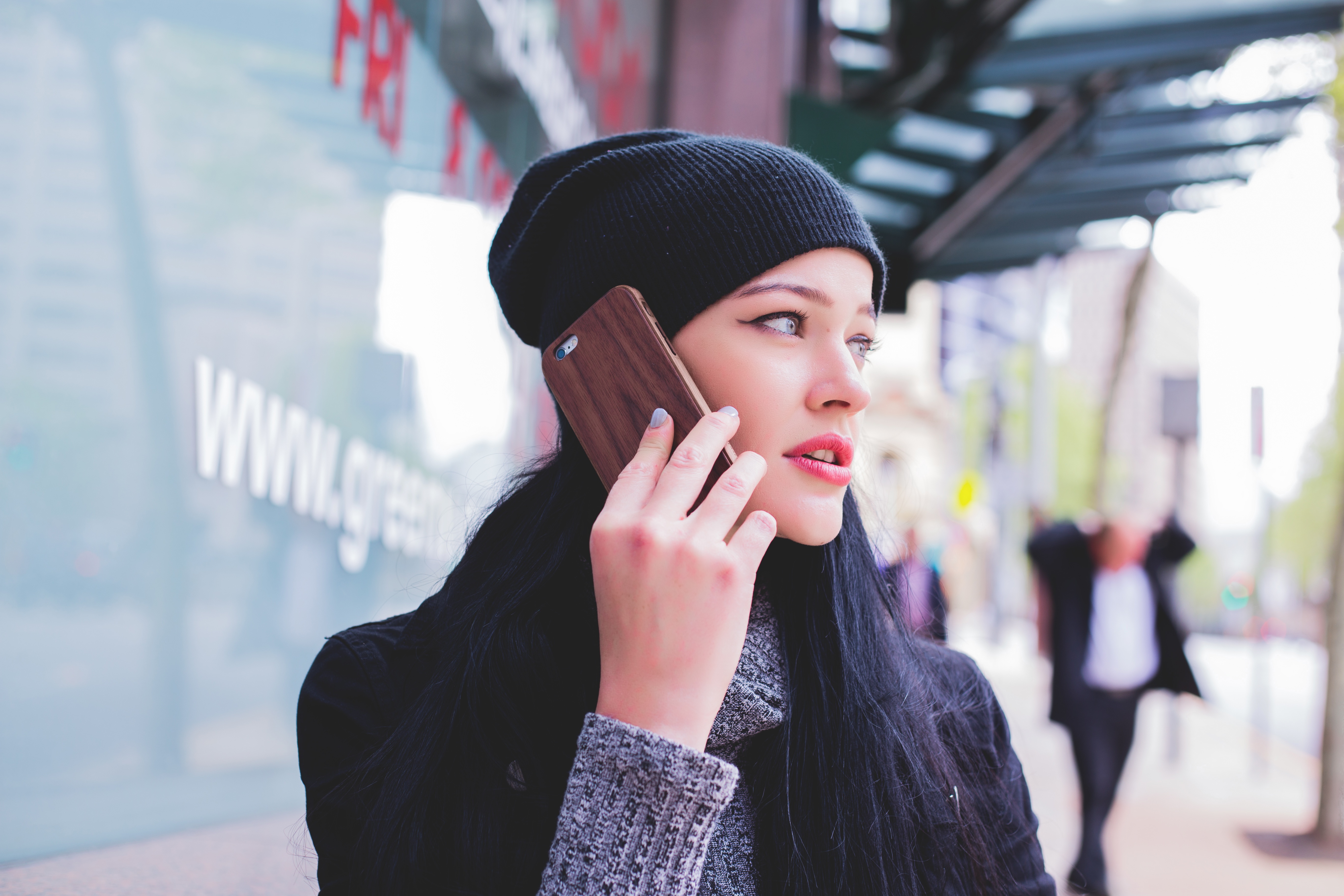 It has become a tradition: winter ends and Google freezes the web with some news on yet another change in its algorithm. This was announced in mid-March this year. Big G has decided to roll out a new update: starting from May 2016 the “mobile factor” will become even more important in site ranking.

Reading the comments on Google’s post will give you an idea of how the web has welcomed the news. Some are ok with it because they already have a mobile-friendly site. Others are complaining since they still have not had the time to adapt to Mobilegeddon 1 and now they have to deal with a new update. Then there are some people who seem to realize the urgency to adopt a responsive website, as if it were only thanks to Google that they have discovered its importance. However, it would be enough to go out into the street and see how many people are glued to their smartphones or read a couple of mobile growth statistics to understand that optimizing your site for mobile is now essential. 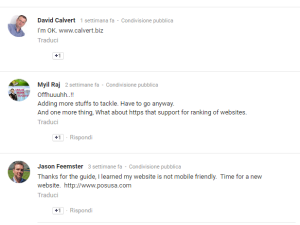 Lastly, there are those who seem not to care at all, having noticed little loss in their site’s ranking a year after Mobilegeddon. In fact, if Google’s first announcement, which explicitly indicated to penalize non-mobile sites, provoked general alarmism, this time the reactions seem to be more moderate, if not absent. Right after last year’s announcement, searches related to this keyword skyrocketed. But as for this year, it only had a slight growth.

There are two hypotheses for this kind of reaction: users no longer believe Google’s proclamations or all websites went mobile last year and no one has anything to fear anymore. To find out, let’s take a step back in time and see what happened in 2015.

Back to 2015: the first Mobilegeddon

In February 2015, Google announced that starting from April 21, the mobile element would have a significant impact on site ranking. The goal was to prioritize web pages that could offer a better experience to mobile users who now have become the majority, increasing by 1525% between 2010 and 2015.

This news had put the web in a state of alarm not only because Google rarely announces its algorithm updates in advance, but also because the phrase “significant decrease in mobile traffic” is open to many different interpretations, consequently spawning fear.

The rush to mobile and the real effects

A large number of online businesses immediately fixed their sites and went mobile, fearing to disappear overnight from Google’s first page and thus losing their ranking conquered by years of SEO efforts. The number of mobile-optimized sites grew by 4.7% in just two months after the news. Much ado about nothing, as Shakespeare would say in a modern digital comedy. As a matter of fact, the number of mobile-friendly pages in search results rose by only 2% in the first few months after Mobilegeddon. 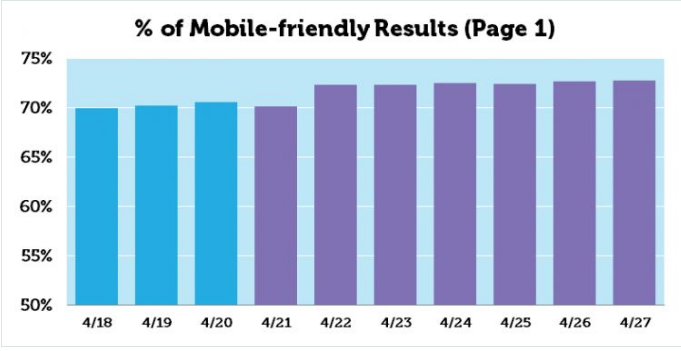 Is Google exaggerating or are non-mobile-friendly sites really at risk?

According to many, Google was just bluffing and exaggerated in conveying the magnitude of the effect of its algorithm. That is why Mobilegeddon 2 only got a lukewarm response. Others point out that the impact is there and statistically visible: some sites lost as much as 35% of their rankings within the first month after Mobilegeddon. The new update in 2016 will only accentuate these effects.

Who is right? Try to consider two things:

– The empirical effect: Look up your favorite sites from desktop, and then repeat the search on mobile. The order of the results, especially when it comes to local businesses, is rarely the same. We did the test by searching for “Restaurant in Rome”. Below are the results from desktop. We’ll leave it to you to find out what happens to the results on mobile. 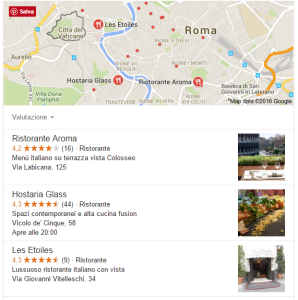 – The complexity of the algorithm: Mobile is not the only factor that influences site ranking. Although its importance has grown, there are at least a hundred other parameters that remain valid, such as domain reputation and relevance of content. With regard to the latter, Google concludes its 2016 news with a statement that should make us think: the intention of the search is still a very strong signal. This means that the quality of the content counts as much as having a mobile-friendly page.

5 questions to make your site mobile-friendly

Leaving aside for a moment the alarmists and disenchanted users, those who base on collective emotions or data, Google’s updates in recent years seem to lead to one direction: to reward sites offering good experience to mobile users.

Going mobile is a necessity: not because Google prompted it, but because it is what people who visit our sites are expecting from us. Still don’t have a mobile site? Do you want to check if your site well optimized? Here are 5 questions to ask yourself in order to survive Mobilegeddon.

1. Are all the pages on your site mobile-friendly?

Knowing whether a site is mobile-friendly or not is not a matter of sensations; rather it is a measureable data. In addition to developing periodic algorithm updates and to proclaiming dangerous changes, Google also created a tool, the Mobile-Friendly Test, which allows you to measure the effectiveness of your site. It is easy to use, just enter the URL of your page and it will start checking your site: if your site is not mobile-friendly, Google will explain why and suggest possible improvements.

Since the tool works page by page, remember to test all the most important pages of your site and not just the home page. The optimization levels might be different and it is good find out where to take action to make your site even more mobile-friendly.

2. Is your site a spider or an economy car?

We hope that the answer is the former, otherwise your site will be left behind and have fewer and fewer visits.

Smartphones and tablets have revolutionized our way of using information, making us ever faster in researching and reading, but also impatient in searching for news. If a site does not load within 3 seconds, slightly less than 50% of people will go to a competitor.

Make sure your site has an optimal load time with all its components: texts, images, videos and so on. Even in this case, Google created a special tool that measures the speed of your web page and offers suggestions to improve its performance.

The majority of mobile sites are simply a reduced and simplified version of the desktop site. However, a reversed approach should be taken: a mobile site with all the essential content must be developed first. Then a desktop version with the primary content must be created, to which can be added other topics, menus, and navigation possibilities. How to understand which content are essential? The analytics will provide you with some interesting information, such as the most or least visited pages and the most popular paths visitors take during their visit.

85% of people spend their time on mobile using an app. Google also offers the possibility to insert apps in search rankings. This means that even apps are indexed, just like sites. Our advice is to use the same address for the desktop site, mobile site and app, so that Google can choose, depending on the context, which one to show to the user.

Of course, the prerequisite is to have an app. If you have not thought of it yet due to budget and resources constraints, there are online platforms allowing you to create fully-functioning native apps at low cost.

Google also talks about this as a conclusion to their news. They stated that a site with a high- quality content, albeit non-mobile-friendly, could still maintain a good ranking. Is your content interesting to users? Does it contain the information they seek? To have some concrete data, you can check the analytics and monitor, for example, the time spent on each pages and the bounce rate.

Lastly, Google gives two clear indications: if your site is already mobile-friendly and have a high-quality content, Mobilegeddon will not affect you.

Don’t worry, we’re just kidding. But we all know Big G and it doesn’t take too long for the news to come out. It could even be announced even before next spring. Considering their recent updates, it is easy to guess that the future one will still be about mobile. Try browsing your site from smartphones and tablets more often. Put yourself in the shoes of your customers: are your content visible and interesting? Are the buttons correctly positioned? How could you make user experience even more engaging? This is the point: never stop improving. It’s the secret to surviving this and a thousand other Mobilegeddons.

Silvio Porcellana is the CEO and Founder of mob.is.it, the online tool over 1,000 agencies and professionals use to build mobile websites and native apps for customers worldwide. From his retreat in the Monferrato Hills in North West Italy, he bootstraps companies, writes about web and mobile marketing, and helps customers succeed online. Read more from Silvio at mob.is.it blog

View all posts by Silvio Porcellana